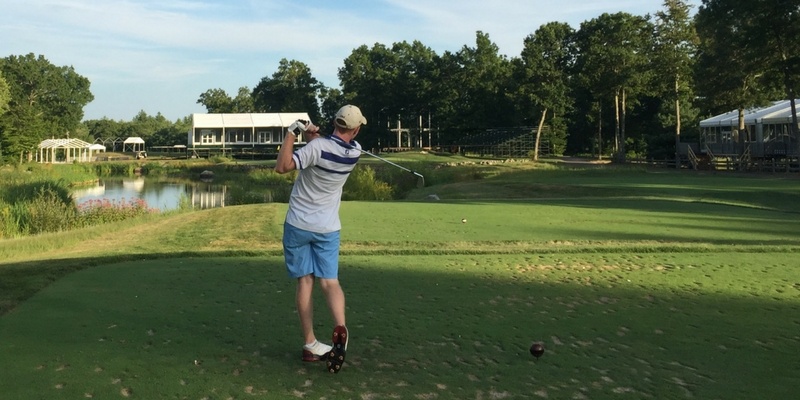 This past summer, I was lucky enough to get to play TPC Boston with an old friend of mine.  Quite some time had passed since I first walked the grounds in Norton, MA, during the second round of the 2009 Deutsche Bank Championship, but since it was the only PGA Tour event I have attended, I remember the layouts of the holes as well as where I stood to watch the pros quite vividly.

My golf game today is not what it once was, as my summers spent working on the golf course are now behind me.  In 2009, at age 15, I was old enough to realize that I would never be Tiger Woods, but if you were to tell me I would not become a scratch golfer before the end of my time in college, I wouldn’t believe you. Fast forward and I was just happy to end my TPC Boston golf round with my score still in double digits.

At the time we played, preparations for the tournament were underway. Stands and boxes were being constructed, and excess golf balls were fished out of the water and piled up next to hazards, presumably so they do not appear on television.

On the front side, my lack of practice showed, as I recorded a triple bogey on the first hole, a short par 4. But I got the par train rolling on the par 5 second and recorded two more pars on the front to reach my usual goal of three pars on the side. The way I see it, if you can get six pars in 18 holes, you have had a good round.

Though the holes nearest the clubhouse on the front had made preparations, the backside really had the feel of a course ready to host a tournament.

When I reached the 16th hole, I had a vivid flashback to the tournament from seven years prior.

After hopping around a few different groups during that second round in 2009, my dad and I ended up following Ernie Els and Vijay Singh around the back nine. If it had been up to me, I would have preferred to follow Tiger Woods around, but given his torn ACL he was not in the field.

What struck me more than anything about Els and Singh was their size. Standing at 6’4” and 6’5” respectively, they towered over me. I wiggled my way to the front of the gallery to watch their shots on the par 3 16th, and with wedges in their hands, they reached the 165 yard hole with ease. If you have never been to an event, it is easy to overlook how big many of these guys really are.

Now standing there 7 years later, with an 8 iron, I hit the shot of my day. The pin was set up in the front left of the green. I took dead aim and my ball landed three feet from the pin before rolling onto the fringe.  After two putting, I carded my sixth and final par of the round, and with a double bogey and bogey on the final two holes, I walked away with a 97.

Though the 15 year old version of myself would be disappointed that my game has declined in the time since my first visit to TPC Boston, I am pleased to say I enjoy golf now, as a hobby, as much as I ever did when I fancied myself as more than a big fish in a small pond in junior golf.