A recent post was made on the Nextgengolf blog by Corey Stamper, who transferred from playing club golf team at a large state university to a varsity team at a much smaller college. My situation was exactly the opposite; I went from a Division II golf program to Florida State University’s club golf team.

I started my college career at Bentley University, a small business school outside of Boston. I decided to take a huge risk and travel 1,400 miles from my home to play golf for this school while pursuing an undecided business major. Being a college athlete was amazing. It was great to wear your school’s logo with pride every time you stepped onto the golf course. Your friends respected you for it. The scheduling perks you received due to having set practices at a specific time were incredibly convenient.

One of the biggest concerns I had leaving the varsity program was leaving my teammates. I was leaving something behind that I had grown accustomed to since I was on the middle school golf team, and now – for the first time in my life – I would be without a team. The practices, the dinners, the difficult meetings in which you were criticized, and lifelong friendships formed all came with being on a golf team; now these team dynamics were no longer with me. This was a difficult sentiment to overcome, but club golf erased all of these feelings completely.

I have good news for any golfer who doesn’t want to attend a smaller school as a result of not having the skill to play golf for a large state school, or any former high school player who has no desire to put in the work that being on a college team entails and instead wants to focus exclusively on college. For whatever reasons you may have in making a decision to not play varsity golf, club golf is an amazing alternative. 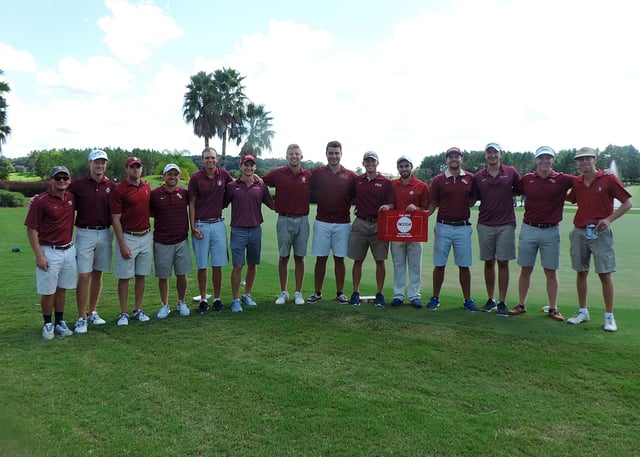 This spring semester marked two years spent with the FSU club team. I have now made amazing friendships with longstanding members of the club, which has dramatically grown in size and is not going to stop anytime soon. I am able to make a post on our Facebook page while in morning classes and have a group arranged for later that afternoon, all before lunch!

I am able to play in tournaments at a very high level. Competition is an aspect of golf that has always driven me to get better and shoot lower scores. Considering Florida State had six rounds at even par or better during the spring semester, I always have someone pushing me. This past semester we qualified for the Spring 2016 NCCGA National Championship, which further fed my competitive spirit. We even have a tradition of going to a restaurant following our tournament round on Saturday and sharing tales from the day before!

There are many other benefits derived from being a member of club golf at your school. You play new courses and travel for the regional tournaments. In addition, you connect with golfers at other schools. Typically varsity golf teams only have one captain; club teams have the need for many officers. This upcoming year Florida State will have six officers of the club, all with important roles. I was the president of the club team this past year and learned invaluable skills that will help me succeed as I start my career in commercial insurance upon graduation this December.

Club golf has shaped my college career and I couldn’t be more thankful for the NCCGA for providing affordable tournaments for students across the country.