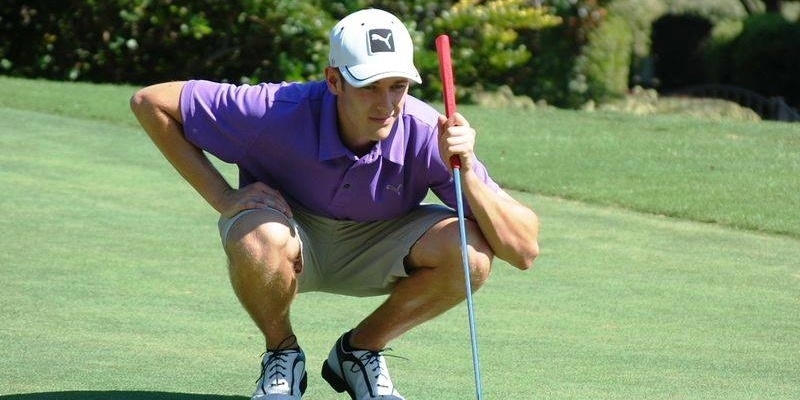 The most frequent question that I get when I tell people that I transferred from Clemson University to play golf at Greensboro College is, “Why did you do that?”. Clemson is like a dream college, and Greensboro College is a very small school that sits in the shadow of University of North Carolina-Greensboro. I always say that while I loved Clemson, I followed my dream to pursue golf in college.

The idea seemed crazy even when I first thought about it, but now I have no regrets and it’s one of the best decisions I’ve ever made. I was on track for a bachelor’s degree in mechanical engineering at Clemson, and what most people would say is a great career, but my heart wasn’t in it.

This whole process started when I decided to join the club golf team my junior year at Clemson. I realized that golf was my passion, and it had been too long since I had picked up a club and competed. Once the team started practicing together, it felt great just to meet and play with other people that enjoyed golf again. Eventually these people became great friends, and they helped my game grow and eventually get back into the shape it once was. After a few matches and wins against teams in the region, it was time for the Fall 2014 NCCGA National Championship, at Dancing Rabbit Golf Club.

While I say that we beat the other teams in our NCCGA region, there wasn’t a whole lot of thanks to me. I didn’t do great handling my nerves after years without competing, and I played poorly compared to what I was used to in my prime days in high school. When the roster came out for the guys that were going to represent us at nationals, I was not on that list. 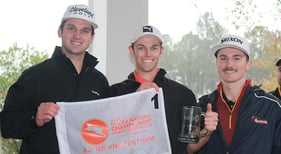 This really hit home, and it motivated me to start working harder. As it got closer to nationals, the improvements in my game were noticeable, and it turned out that one of our best players had to sit out due to a heavy course load. I was fortunate to get picked to fill in for him.

It came time to tee it up at Dancing Rabbit, and I was finally confident in my game, and comfortable with my nerves. Coming in with a career-best in tournament play 5-under, I realized how much my hard work had paid off, and my doubts about playing varsity golf in college were gone. It was enough to win the tournament individually (the second day was rained out), and helped the team to finish on top. I contacted many college coaches at this time, and my performance at nationals helped me get a spot on Greensboro College’s golf team.

Whether you’re somebody looking to just have a good time playing golf, or if you’re more serious and want to compete and possibly play varsity golf, club golf is a great experience. The camaraderie is great, there is a lot of competition, and you can make some great friendships. I couldn’t have imagined that I would be where I’m at now a year and a half ago. My experience with club golf definitely led me to where I’m currently at, and I have incredible opportunities every day to take my game to the next level.

**Corey Stamper is a student at Greensboro College.