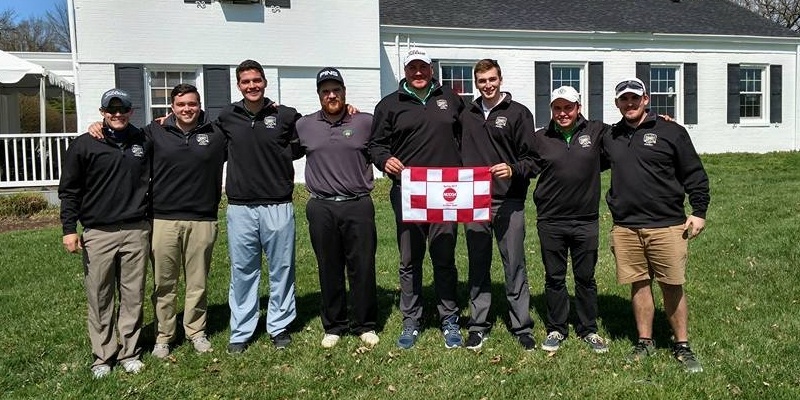 Ohio University club golf is heading to the NCCGA National Championship for the first time in club history. I know that because I started the club back in my sophomore year, 2012. To say I’m happy is an understatement, but I know it means much more to the boys on the team now.

The season started with the team setting plans for something they never expected to do: organizing a memorial tournament for their late teammate, Ky Crist, after he passed away in the Fall. Current president Adam Gill said, “He was such an inspiration for us to play well this season.” and you could hear how much Ky meant to him, “I’ll never forget the morning I received that phone call.” he said.

The Bobcats went into the season feeling as if they could make a run at winning the region. Gill said they’ve been knocking on the door the last few semesters finishing 3rd and 4th in a big region.

"Usually we’ll have a couple of guys shoot in the low 70s and then it seemed like nobody else would have their day”. he said.

Something felt different this spring, though.

They had some of their top upperclassmen back and added a couple of good freshmen to the team. The team will hit balls into nets in the Fieldhouse on campus twice a week and Gill said it seemed like there was more dedication than in season's past. The first tournament came and the team put in a great performance, shooting 777 and won their first ever Ohio Valley Regional tournament by 10 strokes. The guys were ecstatic and gave me a call immediately after the round to let me know.

“We’ve always felt like the underdogs with teams like Ohio State, Miami, Cincinnati, and Dayton all playing well in past seasons”. Gill said.

The second regional tournament came up the next week and the Bobcats played even better, shooting a 760 to beat Ohio State by 12 strokes.

It was a dream of a season and the team was so excited to head down to Hot Springs Country Club to compete on the big stage, but they still had to take care of one more thing before the National Championship.

Last week they hosted their first annual Ky Crist Memorial tournament, which raised money for a scholarship to be awarded to an Athens High School student that plays club golf at Ohio University. They had 22 teams sign up and raised thousands of dollars for the cause.

Now their focus is on nationals, and when I asked if he thought they have a shot, Gill responded: “We didn’t qualify for no reason at all”.

Gill thinks the National Championship is up for grabs for anyone, especially if the weather isn’t ideal. It will be great to see my alma mater in their first ever championship and I know they will be soaking in the experience and thinking of Ky the whole way through.