Year in Review: 4 Events that Shaped the Golf World in 2016 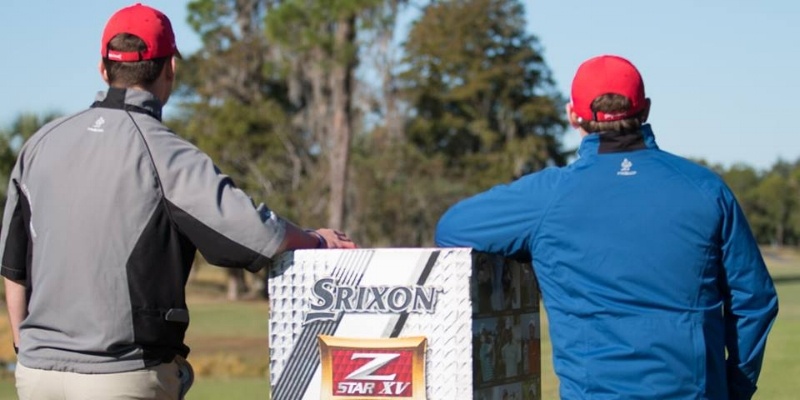 There were many things to happen in the golf world in 2016. From dramatic and exciting tournaments to the death of a golf legend, golf was shaped in a multitude of different ways this past year. As our Year in Review, let's take a look at four of the events that effected the golf world.

1) Henrik Stenson’s 63 on Sunday at the Open

There is something special about the week The Open is on. Waking up early in the morning to watch golf, the Open Championship is among the few tournaments that is so unlike the American golf scene and it is equally refreshing as it is exhilirating to watch. For amatuer players and lovers of the game, The Open poses so many different challenges, and this year at Royal Troon was no different. What could be hard about a 100 yard par 3 anyway?

Perhaps my favorite part about the open is that it makes men who appear as gods most weekends look silly, battling fierce gusts of wind and rain. Chances are that if you love golf, you enjoy this championship.

Amidst the competition at this years open, two men emerged on top of a field in which in all reality, the tournament was a two man horse race coming down to the final 18 holes. Phil Mickelson and Henrik Stenson battled but it would Stenson torching Royal Troon in a Sunday 63. Mickelson shot a mere 65 to finish as yet another runner up in a major.

Stenson’s 63 was quite special on a day in which between making birdies at  14 and 15 and draining a long birdie at 18, Stenson asserted his dominance in record fashion. To say it was a ball striking clinic would be a gross understatement. Stenson would win his first major, be the first Swede male to win a major championship and showcase his talents on one of the worlds largest stages. 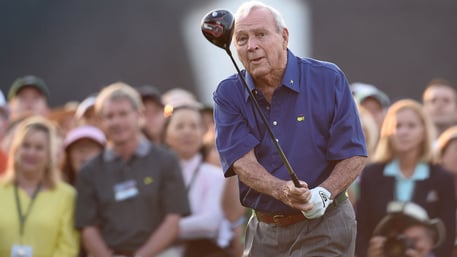 2) The Death of the King; Arnold Palmer Passes Away

They say not all heroes wear capes, Arnold Palmer was a hero not only to the game but also the millions of fans worldwide. Palmer was an example of how much a man can impact a game. He had such a profound impact on the game of golf and sadly left this world in 2016.

Although many of us never got to see Arnie tee it up for ourselves, his presence in the golf world was larger than life. A man that flew his own plane to events, had the honor of hitting the first tee shot at The Masters, was the "working man's superstar", and came to be a beloved part of the game of golf for many years.

The golf world will not be the same with Mr. Arnold Palmer. The presence that he gave was one of greatness. Watching the Arnold Palmer Invitational at Bay Hill was always a special week for the glimpses of Arnie greeting players at the range, being a gracious host and handing the trophy to the winner of the event. Mr. Palmer was the epitome of class and helped start the movement of caring about golf and people to get excited about following the game. He will be missed by many but the golf community lost an important and influential figure.

Golf has undergone a metamorphosis of sorts in 2016. The changing of the guard has paved the way for young stars of the game like the SB2K16 crew. Rickie Fowler, Jordan Spieth, Justin Thomas and Smylie Kaufman took Baker's Bay golf course by storm for their “Spring Break” buddies trip. Followed by golf fans across the globe on Snapchat, these four received a lot of praise and some sharp criticism from fans and traditionalists alike.

The spring break crew golfed with their shirts off, no shoes and no care all in front of a large audience. Jealous fans everywhere would have loved to play a round filled with celebrity impressions, homemade “pro-tracer” technology and a few cold ones.

Social media and platforms such as Snapchat have brought fans and professional athletes closer together and continue to break down barriers by allowing us glimpses into the lives of our favorite pros. It humanizes them and shows that beyond the ropes, many tour pros like to have fun, enjoy their time and enjoy the spoils of being a pro.

What effect the spring break crew will have on golf? Most likely not a huge one, but it points to the change in golf that has been apparent since the drop off of Tiger. There is young talent on tour and they have the game to win anywhere and against anybody.

4) Golf returns to the Olympics

Rio 2016 sure had it's ups and downs, the brightest spot however for golfers was the return of golf to the Olympic schedule. Despite the fact that major names dropped out including McIlroy, Spieth, DJ, and Day, the fireworks exploded in Rio with Stenson and Justin Rose battling for the top spots. Rose eventually would secure the gold medal for Great Britain and Stenson taking the silver.

The drama on the final day between Stenson and Rose provided the catalyst in what was a rather lackluster start to the golf portion of the Olympic games.

Growing the game of golf has been a talking point and an agenda item for many in golf. The Olympic games put golf on the world stage in front of millions of fans, newcomers to the game and sport enthusiasts alike. The golf portion of the Olympics may still need work, but adding a team component to the games could be something that sparks excitement going forward.

What do you expect to see in 2017? We are excited for the future of golf, and can't wait to see what events unfold in the new year to make impact on the game!