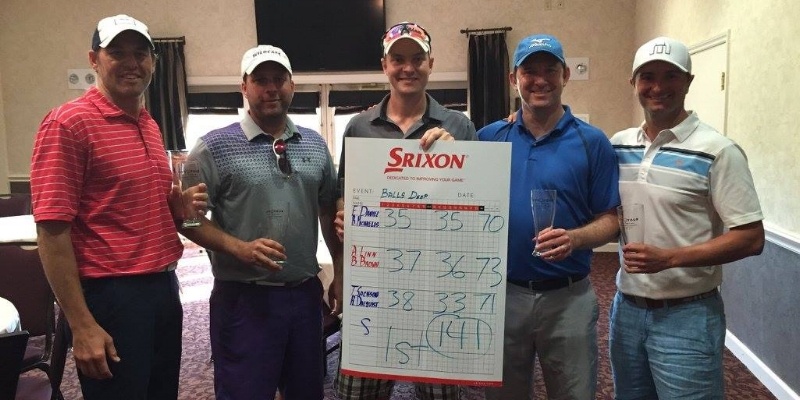 One of the most overlooked parts of planning an event is emergency preparation. How would you react if (blank) happened? Luckily it hasn't happened before, but if there's a medical emergency at this year's City Tour Championship you can count on Team Balls Deep to snap into action.

The team of coworkers and buddies from Dallas consists of 4 Emergency Room Doctors, who also happen to be pretty good at golf in their spare time.

The team won both Dallas City Tour tournaments they played in this summer, stamping their ticket to the City Championship at Seaview Golf Club in Atlantic City. There they'll be hoping to continue their winning ways, and not just on the course.

"(We) look to continue our success in Atlantic City on the course and on the tables," team captain Dr. Benjamin Brown said. "We (also have) the tourney covered if an opponent has a heart attack from our tour sauce intimidation."

Balls Deep went a combined -13 under par in their two tournament victories, and finished the summer ranked #9 in the scramble team rankings.

Their strategy for the championship is pretty simple.

"Throwing darts at the pins all day everyday using those srixon balls to win that year supply," Brown said.