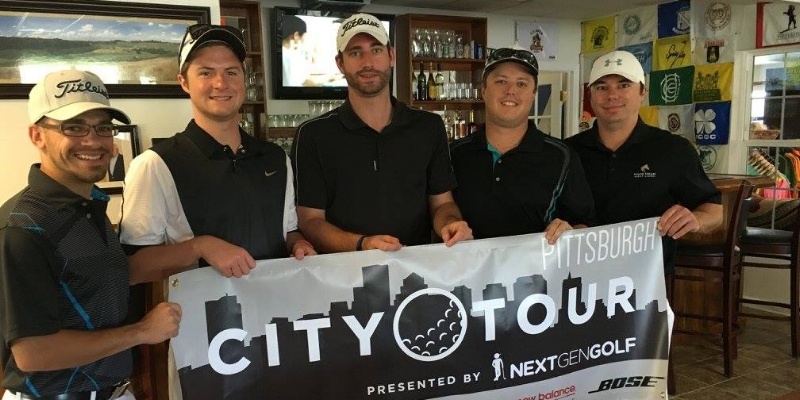 The top-ranked team at this year's City Tour Championship will be Team FOD from Pittsburgh.

After a dominating run through the Pittsburgh City Tour, where they won both tournaments by a combined 52 strokes in the best-ball format, they ended the summer as the #2 team in the country. After the #1 ranked team wasn't able to make it to Atlantic City, the honors (and target) went to the group from Pittsburgh.

Part of their success might be a result of the team's simple best-ball strategy:

"Have a lower score than all the other teams," team captain Derek Lingafelt said.

Team FOD member Matthew Bryan finished as the #2 ranked individual on the City Tour, while Lingafelt is the #1 ranked individual that played more than 1 tournament (7th overall). The duo will be joined by fellow team members Jason Jones, Jake Machnik, Sean Meehan, and Dan Maier.

The team is a mixof relatives, high school friends, and college buddies. One fun fact that ties them together is all but one attended the same high school, though it was within a 10-year window of time.

"(We're) expecting to compete for the title of fewest strokes and most beers consumed," Lingafelt said.