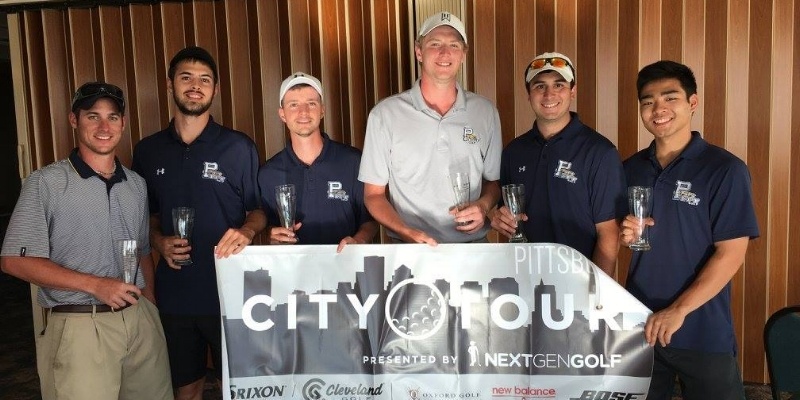 One of the main inspirations behind starting the City Tour in 2014 was a question we kept getting asked frequently by graduating club golfers.

After playing golf as part of a club golf team all four years of school, they now were turned loose in the real world and had few golf options besides tournaments for individuals or pairs. Many of those graduates were seeking that team element. Enter the City Tour.

Started in 2014, it expanded in 2015, and expanded even further in 2016, eventually reaching Pittsburgh. It marked the perfect opportunity for the Pitt6 to form.

Made up of current and former students of the University of Pittsburgh, the team rolled to dominating victories in the Pittsburgh City Tour scramble division.

"I played in the NCCGA on Pitt’s Club Golf team while I was in college and my last semester there were talks of setting up a summer league," team captain Peter Hoffman said. "The rest of guys on my team are still on the Pitt team and told me that they finally went through with setting up the city tour in Pittsburgh."

The Pitt6 will head into the City Championship as the #1 ranked team in the scramble format, after winning both Pittsburgh tournaments going a combined 33-under par. Mark Bondi, Max Doran, Matt Pulleo, Matt FIsch, Yohsuke Kobayashi, and Hoffman. Doran and Fisch finished the summer as the #1 pair in scramble format, followed closely at #4 by Kobayashi and Fisch.

"I think the team in general has the mindset that if we play our game we have a really good chance to win," Hoffman said. "(We're) Looking forward to 2 great rounds on an awesome golf course and then enjoying everything that Atlantic City has to offer."