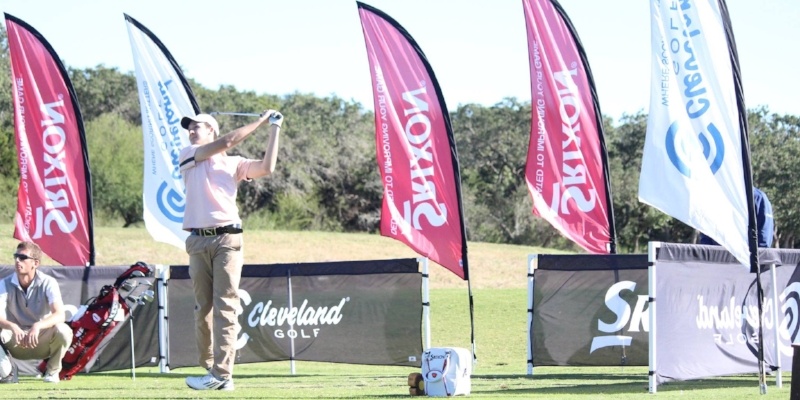 A lot has changed in the NCCGA since 2013. 100’s of new college now have club golf teams, tournaments have gotten larger and more professionally run, and the club golf footprint has expanded internationally into Canada with two schools from up north joining last season.

One thing that hasn't changed over the last four years has been the support of Srixon and Cleveland Golf.

Whether it’s at regional tournaments or national championships, it's a common sight to see Srixon and Cleveland Golf supporting the NCCGA and its students. Each regional tournament participant receives a sleeve of Srixon Z-STAR or Z-STAR XV golf balls, and post-round scores can be found on Srixon scoresheets. The medalist even gets a dozen golf balls if they went low playing a Srixon. 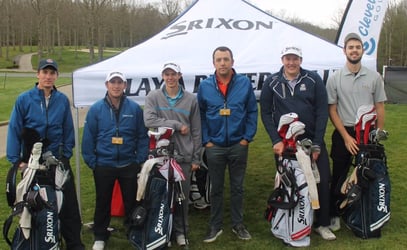 The NCCGA National Championship is no different, but on a larger scale. You can find them with a commanding presence at the kickoff parties, setting up a tent and the opportunity to test out their latest equipment (and win swag). You'll also find signage all around the course, on the scoreboard, and products in the gift bags.

But perhaps what is most striking, and not something you see by other sponsors, is the personal presence. Every National Championship for the last 4 years has had a staff presence by Srixon and Cleveland Golf. The staff presence isn't just whoever the local rep is though, it's been the same caring staff members season after season: Mike Dunphy and Michael Jolly two of Srixon’s Directors in the Tour Department. These guys found the NCCGA just like they found Keegan, Smylie, Hideki and others.

Dunphy and Jolly both work in Player Development, tasked with finding the next great PGA Tour stars. Whether the national championship is in Mississippi, West Virginia, Florida, or New Jersey, they've been there supporting club golfers.

And they don't just show up to feel important, they show up and talk to the students, learn what golf ball they play and why. They offer tips and suggestions during the Friday night kickoff party, attend the Saturday leadership dinner, and are known to spend time with individual students learning about their school and experience playing golf.

"As our company tagline states, 'Live Life. Play Golf.' When talking about our partnership to the outside world, I often find myself saying 'Srixon Cares'," Nextgengolf CEO Kris Hart said. "I can honestly say we would not be here if it were not the support of Srixon and Cleveland Golf since 2013."

The generosity doesn't just end with their company staff though, it has also included their golfers.

During the Spring 2015 semester, the LSU club team qualified for their first NCCGA National Championship. The tournament was expensive considering travel costs, and the club was working hard to fundraise enough money to attend. Once Smylie Kaufman, an LSU alum and member of the PGA Tour, heard about the club's situation, he made a donation to help them make the trip. This was before Smylie made it big!

Willy Wilcox, another member of the PGA Tour, spent the Fall 2016 NCCGA National Championship hanging out with the players during their Friday practice rounds. He even challenged them to a long-drive contest on the 1st hole (spoiler: he won).

DePaul club golf also has a special connection to Srixon and Cleveland Golf. In 2016 they asked Mike Dunphy to be the club's "Honorary Captain", which he accepted. Imagine the team's surprise when Dunphy showed up at the club's first tournament of the semester, located almost 10 hours away, just to show his support.

Even though Srixon and Cleveland Golf make high-performing clubs and golf balls, that's not the reason many players have made the switch.

"I switched (to Srixon) because they care about me and every other college student who scrapes together whatever money he or she has left just to play a few rounds of golf,” DePaul club golfer Adam Gracik said.

As we head into a 2017, the Nextgengolf and NCCGA community wanted to say a big "Thank you" to Srixon and Cleveland Golf for all their support over the years, and for the years to come. We wouldn't have gotten this far without you, and thanks for supporting club golfers across the country.