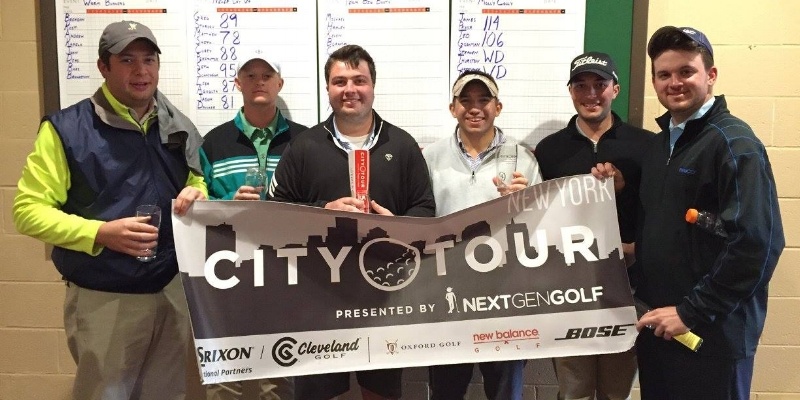 The words to describe Team Big Booty, which qualified for the 2016 City Tour Championship out of New York, can best be summed up in their expectations for the weekend.

“Priority number one is making sure we don’t miss our tee time," team captain Matt Heckman said. "Then we’ll worry about taking home the hardware.”

Team Big Booty started the summer out with a bang, notching a tournament victory in the first New York City Tour tournament in the best-ball format. The team put up a 150 (+6), led by pairs Heckman-Jarrett Malizio and Michael Hanley-Kevin Boranian, both of which shot a +3 best-ball at Golf Club at Middle Bay.

The hot start didn't last though as Team Big Booty finished 3rd, 2nd, and 3rd in the next three tournaments, struggling without their team at full strength.

"Next couple of tournaments we weren’t able to get our A Team out there and limped into the championship," Heckman said. "(We're) feeling rejuvenated and ready to dominate AC."

"Our first two pairings are a mix of ball strikers and scramblers. The last pairing could be shaky as one of our team members has the Driver and Wedge yips," Heckman said. "Luckily, he is paired with a 3 time junior club champ. As we all know, junior club championships are where champions are made."

Team Big Booty finished the summer ranked #27 in best-ball, and #3 of teams in New York.