The 2016 Ryder Cup Comes to Minnesota 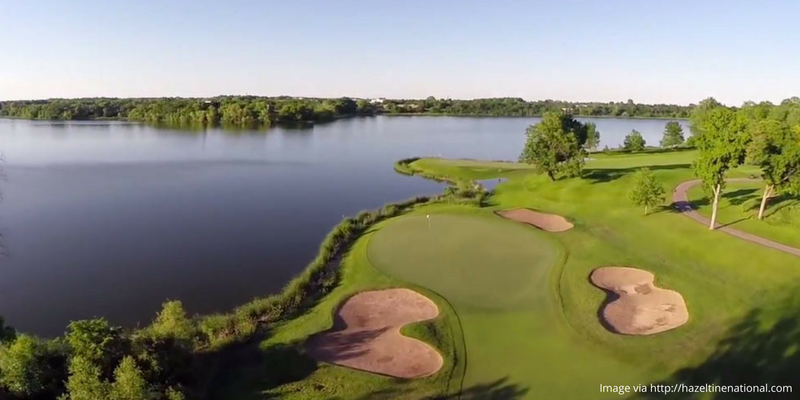 The Ryder Cup is here! This Biennial golf event between the Europeans and Americans is coming to Hazeltine National Golf Club located in Chaska, Minnesota, a Twin Cities suburb.

Hazeltine National is a private golf course and is considered one of the most difficult courses that we have here in Minnesota. It is viewed and respected for its tight and windy fairways, its thick rough and it's possible three putt multi-tier greens. It will be a great representation of what kind of golf courses we have to offer. When you golf at Hazeltine you will quickly get an idea of what the rest of your day will be like after the first hole.

Hole #16 is the one hole most players and people talk about. Since the 2002 PGA Championship the hole has been lengthened and fairway bunkers have been added. As a fan, I am personally looking forward to watching each teams strategy going into this beautiful and vicious hole. In 2002, a lot of players tried to get to the green in two. Now that it has been made a little longer and the fairways have gotten tighter with added bunkers, this hole might be the center of everyone's attention. Coaches and players will need to have a sound strategy if they want to make it through this hole cleanly. 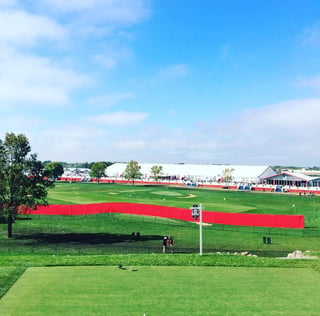 Team USA is taking this cup very seriously since Team Europe is on a three time winning streak. The 2014 Ryder Cup had its ups and downs for the Americans. Every time Team USA made a positive move it seemed that Team Europe would have an answer. Overall, it isn’t going to be an easy win for either team this year. Two of the hottest players on tour right now, ranked 2nd and 3rd in the world, are on the European side, Rory Mcllroy and Jason Day. Then if you take a look at the top 10 players in world, Team USA has 6 listed as of right now. Each side has a ton of talented golfers and with a course and venue such as Hazeltine it's going to be extremely entertaining.

Davis Love III is this year’s team captain for Team USA and he is planning on bringing his team to Minnesota several times leading up to this year’s event. It sounds like they will be doing more than just golfing while they are here too.  He mentioned having some interest in taking his team to watch some hockey and going out fishing for some team building leading up to the cup, but  don’t worry, there will be plenty golfing once the snow starts to melt in March.

Chaska will be on the largest stage in the sport this year. As millions watch this event, thousands of people will become temporary residents to the Twin Cities area. Every accommodating business will be on its toes from September 27th to October 2nd, and Chaska welcomes it. They are no stranger to major PGA events being held at Hazeltine . The 2002 and 2009 PGA Championship, and the 1970 and 1991 U.S Open.

The Twin Cities area has some of the best public and private golf courses in the state, and as a state, Minnesota has the most golf courses per capita. Now we have an opportunity to experience Minnesota’s first Ryder Cup this fall!