Why PGA Tour 2k21 is good for golf

Every major sport has a counterpart in the video game world. Football has Madden, MLB The Show is coming to Xbox next year, hockey has an annual EA NHL game released along with FIFA and basketball has 2K in an annual fashion. Since Rory McIlroy PGA Tour was released some 5 years ago, we have yet to see a golf game gather as much attention as the Tiger Woods licensed games received back in the day.

Over social media recently, it was released that Justin Thomas would be the new cover athlete for the 2K published PGA Tour 2K21. Thomas, one of the most popular and recognizable faces in golf, ushers in a new generation of golf video games with a brand new publisher throwing their hat in the ring for the actual licensed PGA Tour game. EA for years was the publisher who had the Tiger Woods games and brought with it a vast amount of talent to the developing process and many rights usage for courses and players. Looking at the new 2K21 game, the trailer shows courses like Innisbrook, TPC Sawgrass and TPC Deere Run to name a few that will be in the game. 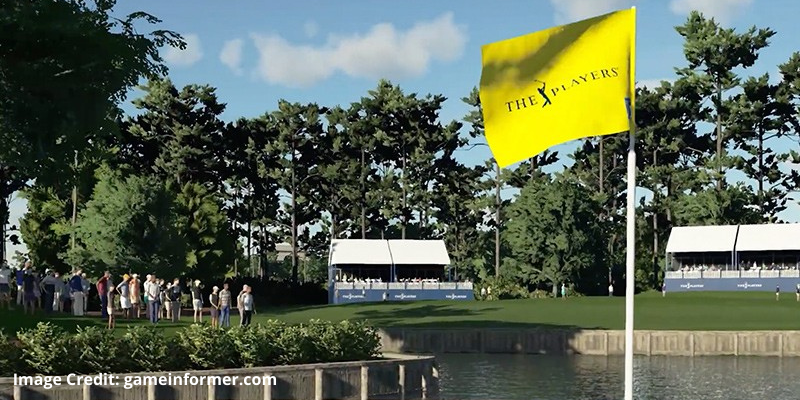 Having golf back in the fold for annual release sports games is a great thing for video games and ultimately golf. Many casual video game players and casual fans of other sports can easily pick up the games of sports like golf and interact with them. I don’t particularly love soccer but will always be up for a game of FIFA with friends and golf can be a draw to similar audiences. Like what Tiger Woods games did in the 2000s, this new game can be a pathway into many people picking up the game in real life and engage people in the golf community.

I am excited about this game for a few reasons. One reason is that the studio who was responsible for The Golf Club is behind this new project. The Golf Club never saw and got the recognition it deserved for being a great golf simulation type game. The game suffered from little recognizable courses or players and nothing like the FedEx Cup to center a career mode around. The talent in the studio and the publishing power behind 2K games is going to be supporting this game better than they could have done on their own which is encouraging. I am also excited about having the career storylines and realism integrated like other 2K games have integrated, especially in NBA games.

The golf community should be really excited. The gaming community is getting a full fledged licensed golf game again as it’s been too long. This will only bring more people to the game, gather excitement and exposure on popular streaming platforms and provide golfers an outlet to play virtually. Interested in other golf related video games, check out the Top video games you can play right now.