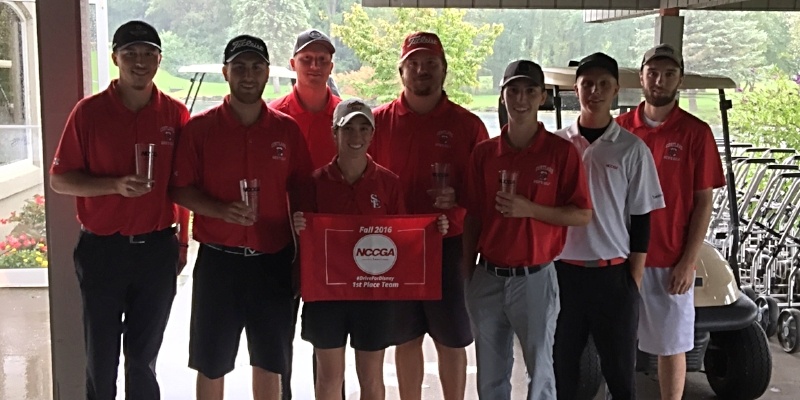 Another week of club golf is in the books, and two teams have officially punched their ticket to the Fall 2016 NCCGA National Championship.

The University of Alabama (South Region) and SUNY Cortland (Northeast Region) both defended their regional championships from last spring, and will be making a return trip to nationals. They join the University of South Carolina, who automatically qualifed as defending champions, as 3 of the 30 teams already in the field.

Here's a full recap of all the action from last weekend:

The first Central Regional took place at Shoal Creek Golf Course in Kansas City, and the Missouri club golf team continued their dominant streak in the region. The Tigers jumped out to a 27-stroke lead after Round 1, and continued in Round 2 to win by 48-strokes. The University of Kansas finished in second, followed by Washington University in St. Louis. Mizzou's Mark Stahlhuth won medalist with rounds of 68-76 (+2), edging out teammate Jonathan Rennard (+3). The second Central Regional tournament of the season will take place October 8/9 at the Links at Dardenne.

The first Desert Regional tournament of the season took place at Wigwam Golf & Country Club. Grand Canyon University claimed the victory, pulling away in Round 2 from Arizona State University after ending Round 1 tied. ASU's "B" team finished in third place. Jordan Yamamoto of GCU won medalist with rounds of 70-73 (-1). The second Desert Regional will take place October 15/16 at Silver Creek Golf Club. 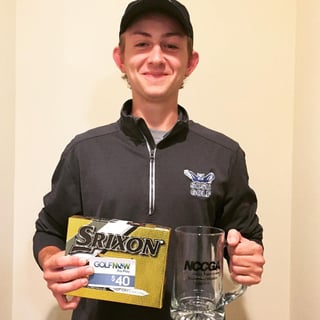 The second weather affected tournament of the semester was in New England, as heavy rain all night Friday and all day Saturday forced a cancellation of Round 1. The tournament became an 18-hole contest, and Providence College emerged on-top. The Friars shot 386 as a team to defeat UConn. Drew Brennan of UConn finished as medalist with a round of 72 (+2). The second New England Regional will be October 15/16 at Golf Club at Windham in Connecticut.

The second and final Northeast Regional of the season took place at Shadow Lake Golf Club with a bid to the Fall 2016 NCCGA National Championship on the line. The first place team from the first tournament unfortunately was not able to play in the second tournament, leaving the door wide open for SUNY Cortland to win the tournament and the region. SUNY ESF finished second, and Buffalo finished in third. Sean Barron of SUNY ESF won medalist honors with rounds of 74-73 (+3) to win by 5-strokes. SUNY Cortland will represent the region at Disney this November, winning their sixth straight regional title.

One of the most competitive regions in the country solidifed that reputation this past weekend, as the top four teams from the region are currently ranked in the Top 15 in the national rankings. The newest team to join the region, University of Tulsa, emerged victorious in their first tournament as a club golf team. The Golden Hurricanes were led by Brandon Strathe's 70-71, and had three golfers in the top six. Arkansas Tech finished in second, while Oklahoma and Oklahoma State finished tied for third (OU won the regional point on a tiebreaker). Arkansas Tech's Hunter Mobley won medalist with an impressive 69-70 (-5). The second Ozark Regional will be October 29/30 at Eagle Crest Golf Course in Arkansas.

Villanova took the first step towards a regional title in the Philly Region, outscoring Delaware in Round 2 to get the victory. Villanova and Delaware finished Round 1 tied for the lead, and then the Wildcats went low in Round 2 with a 369 team score to win the tournament by 11-strokes. Villanova was led by medalist Tyler Stahle's rounds of 70-69 to finish -3. The second Philadelphia Regional will be October 15/16 at Sand Barrens Golf Club in New Jersey. 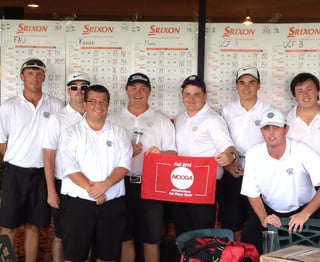 The stakes were high in the South Florida Region, as everyone wants to clinch a bid to nationals taking place in their home state. Perennial power Keiser continued their winning ways taking home the victory by 17-strokes over second place Florida Atlantic, with UCF finishing third. UCF's Daniel Robinson took home medalist honors by 6-strokes with rounds of 68-71 (-3).

The final South Regional tournament of the season took place in Tennessee with a bid to nationals on the line. Alabama won the first tournament, but found themselves in a difficult position after the first round. The Tide were in third, looking up at first place Georgia Tech and second place Auburn. But on Day 2 they made up all the ground they needed to, finishing in second and securing enough regional points to claim the bid. Auburn won the tournament with an impressive second round team score of 361, while Georgia Tech finished third. Alabama's Day 2 comeback was fueled by medalist Conner Elder's 71-68 (-1) performance. Alabama defends their regional title, and the Spring 2016 national championship runner-up will get another crack at winning it all.

Baylor made a statement in the Texas Region to begin the Fall semester, winning the first tournament by 29 strokes over defending regional champion Golf Academy-Dallas. Texas A&M finished in third. Tyler Ware from Texas State won medalist with rounds of 73-71 (+4). The next Texas Regional tournament is October 22/23 at Cottonwood Creek Golf Course in Waco.