10 Best No Laying Up Golf Tweets 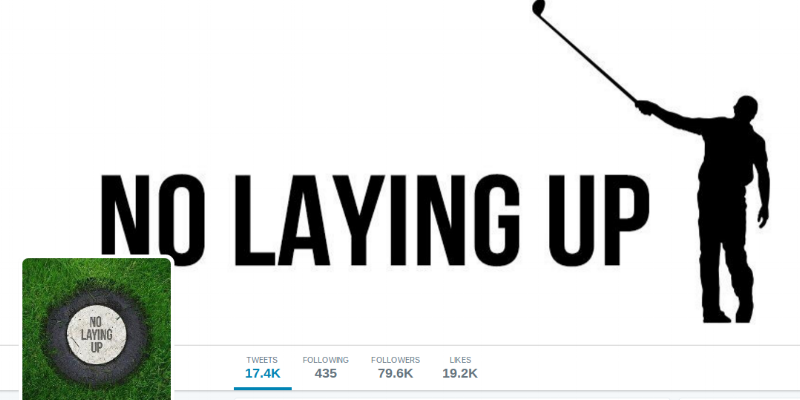 If you're a golfer on Twitter, there's a good chance you've heard of No Laying Up. The Twitter account has the attention of PGA Tour superstars, and has expanded to a blog and podcast. If you aren't following the account, or are just in the mood for some laughs, here's a look at the 10 best No Laying Up tweets so far in the last 6 months (and a bonus from 2016).

Bubba's just using putt-putt balls on the range to distract us from the fact that he actually uses them in professional golf tournaments.

2) Yards to the Unknown

If Phil ever writes a book, it needs to be titled "338 Yards to Unknown" pic.twitter.com/vOMqRu4aJE

Merry Christmas to all the heroes out there that are able to fake excitement over the unusable golf gift you got from a non-golfer relative.

5) Driver off the Deck

In case y'all forgot what happens when @JustinThomas34 takes driver off the deck pic.twitter.com/I6U6ZEBvmp

Koepka triples his opening hole, snaps his driver on the 11th tee. It's 8 AM. pic.twitter.com/aZO6Bs6RZw

Can't wait for the first Ryder Cup meeting. Furyk's gonna try to go over the pairings and Reed's gonna shush him and send himself out alone. pic.twitter.com/4Juph8ox6P

Missed opportunity with the pro-am format to bring in this guy and pair him with DeChambeau just to see how deep he'd get in his ear pic.twitter.com/2SlayOsEdI

In case you missed it, the civilian #TourSauce of the year contest is already over https://t.co/kYbyqWkRsp