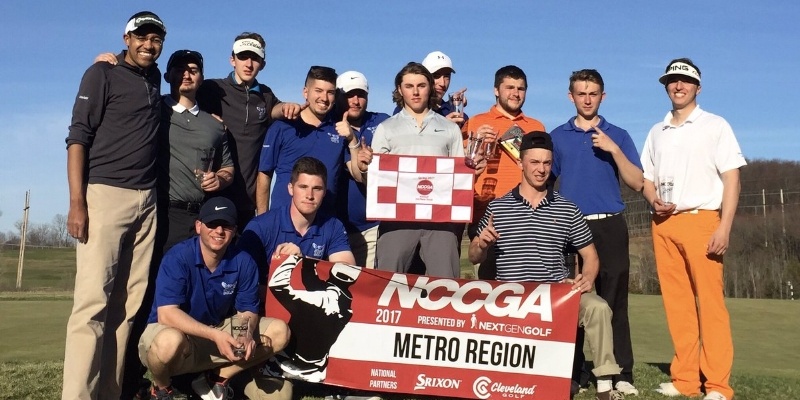 It’s been a long road for the SCSU club golf team. They qualified for the Spring 2016 National Championship at Glade Springs in West Virginia, but were unable to attend due to struggles with funds. This season, they were able to get what they needed to make this dream a reality. Unfortunately, one of their best players will have to miss out on Nationals. Don’t count SCSU out, though.

SCSU crushed it this semester, winning both regional tournaments by 44 strokes. Vincent Barone won both of the regionals by one shot, over teammate Nick D’Amico in the first regional and Zac Parente in the second. Needless to say, SCSU took the Metro Region by storm this spring and are ready to keep that momentum going at Hot Springs.

“We really just came together and clicked all at the same time.” said Chris Kuczo, the team's president. “This is the best I’ve seen the team play all together.”

When asked what made this semester different, Chris spoke about a trip that the team made on their own down to Myrtle Beach, holding their own Spring Break training that really helped and benefitted the team. Most of the players that competed in the regional tournaments went, playing six rounds a piece that helped get them ready for the season.

One of the players that has led the team this season has been Barone. He's emerged as one of the best players on SCSU’s team. Only a sophomore, he has already risen to the occasion more than once. “Everyone cheers each other on and wants to be the best, but he is unreal,” said Kuczo. “Definitely a player that could finish top 20.”

Going from a 132nd ranking last fall to 29th this semester and going to Nationals, SCSU  is excited to be making the trip to Arkansas. “We’ve held it together pretty well and are hoping for a top finish.”