DePaul Club Golf Back at Nationals, This Time as Regional Champs 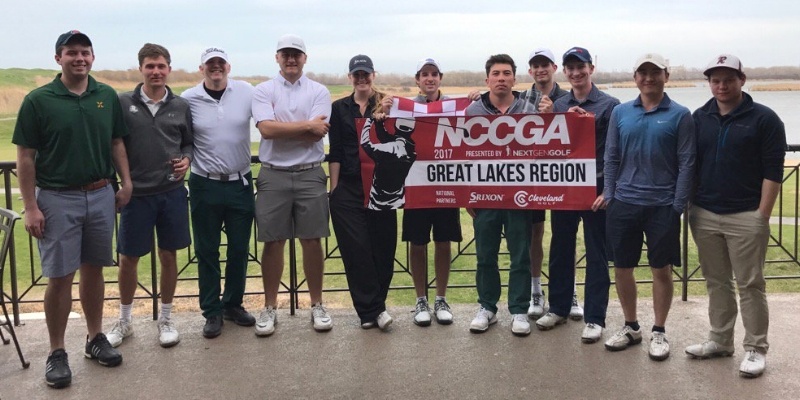 In only their 2nd year of existence, the Depaul Blue Demons will be making their second trip to the NCCGA National Championship. However, this time around they will be doing so as the Great Lakes Regional Champions.

After two very strong performances this semester, DePaul looks to be a sneaky surprise at nationals. No team from the Great Lakes Region has finished within the Top 15 at Nationals in five straight semesters, however do not be surprised if DePaul is the team to break that streak. Currently ranked 34th in the nation, the Demons battled intense conditions to win both regionals quite handedly, by a combined 64 strokes.

“The conditions were super tough out there. Wind was gusting at 40 mph and it was a battle so we’re really proud of how we played.” said Adam Gracik, the Club President and NCCGA Director of Tournament Operations. “With good conditions and our strongest lineup, we’re definitely looking to make some noise at Nationals.”

The club qualified for the Spring 2016 National Championship at Glade Springs as a wildcard team. Led this semester by Gracik and Ken Jee, who each finished in the top 5 at both regionals, the Demons are excited to return to the National stage and turn some heads on the golf course.

“We’ve really built up a reputation on Twitter, and if we can post a strong performance at Hot Springs, it’ll really open up our options when it comes to starting twitter wars." commented Nick Petrakos, Great Lakes Regional Coordinator and DePaul team member. “We have a great opportunity to show the club golf world who DePaul Club Golf really is, just a bunch of cool dudes who love to have fun.”

With three former Division 1 golfers in the lineup, and the “full support” of Srixon rep. and honorary team captain Mike Dunphy, watch out for the Blue Demons at Hot Springs, they may be hard to miss.