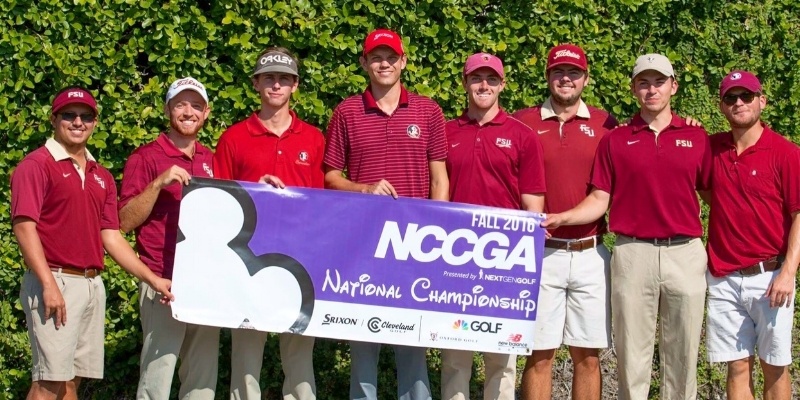 In their first semester as an official club sport on campus, the future is looking bright for Florida State Club Golf as they head to Arkansas for their 3rd straight NCCGA National Championship appearance.

In the Fall 2016 season, FSU was ranked third and followed that up with an impressive T-3 finish at Walt Disney. This semester, they are ranked 17th and clinched a wild card spot for Hot Springs after finishing behind University of Florida in the North Florida region.

One thing to note - due to conflicts with exam schedules and the end of the school year, FSU will only be bringing 6 players to Arkansas. Still, expect some solid play from these guys.

“I think Georgia won with only 7.” said president Jonathan Paulson. “It just adds a little more of a challenge, and we are pretty excited to put that challenge to the test, and hopefully we’ll get a good result out of it.”

Coming off back-to-back regional tournaments for North Florida, “everyone is geared up and ready to go.” The team had a few good players that graduated, including former president Brian Eidelbus, but there are still some good players to look out for. This includes Alex Merriman, who won the first regional tournament this semester, and Connor O’Shaughnessy.

“Connor and Alex are pretty hot players,” said Paulson. “When they get the ball rolling, you never know how low they’re going to go.”