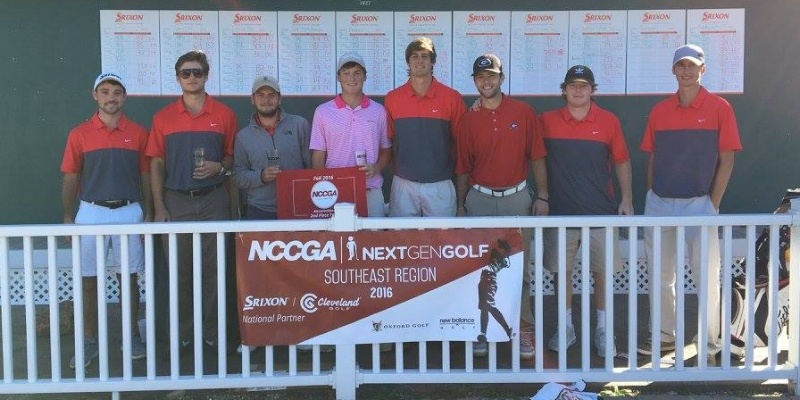 The UGA club golf team has always been solid, but never quite the perennial powerhouse team that everyone in the region feared. Joe Reichard came in as club president and decided that needed to change.

“UGA is growing with all of its educational programs." Reichard said. "With so many students here, you know there has to be some great golfers on campus”.

Joe went to UGA originally hoping to walk-on to the varsity baseball team last fall. Once things didn’t work out he found club golf. He joined the team and jumped on the opportunity for a leadership position which has since evolved into his current presidency. With his competitive nature, he began making changes to the team by working closely with his executive board.

“We are a serious club sport and I wanted to prove that."

Originally in the summer, Joe thought the team might be in a rebuilding state, but once the semester began he had all kinds of talented golfers thinking about the club team. And having one of the best Division 1 NCAA teams at the school doesn’t hurt the level of competition at all.

“UGA gets a lot of D2 and D3 golfers looking to make it onto the varsity team here." Reichard said. "The ones who don’t are eager to prove themselves on the club team.”

The roster shows a lot of athletes are present with Bailey Ulp who played at Darton State College, Park Brady who played at Prebyterian College, Tripp H’Doubler who played at Mizzou, Jim Henderson from Valdosta State, and even a former UGA football player in Mitchell Rostowsky.

In a region that contains the University of South Carolina and Golf Academy of America Myrtle Beach, the 2016 Spring National Champions and 4th place finishers, respectively, the team has to be very competitive to succeed. Joe said one of the challenges this year was actually getting the guys to relax and not worry about their scores too much. That approach paid off as Georgia put up a record low team score (-7) in the first regional of the season, and finished the season the #2 team in the country.

However, getting to Disney for the NCCGA National Championship has been the goal from the start of the semester for the UGA team.

“We were always messaging each other about getting to Disney. One time it was pouring outside and one of the guys sent us a picture of him practicing his putting in the rain and said #RoadtoDisney. It’s been things like that all semester.”

Joe began the year hoping to make the club golf team more competitive. After posting an NCCGA record in the first regional and a high team ranking, he can say he’s achieved that goal, but last season’s National Champs (South Carolina) didn’t let them forget that there is still a lot of competition by beating them in the second regional tournament by 5 strokes. The team is going to miss a couple of players from the roster that shot the impressive 713, but they are still hoping to put in a good performance at Disney.

Previous article
For Minnesota Club Golf: Two is better than one
Next article
Dayton Club Golf Back at Nationals After 6 Years