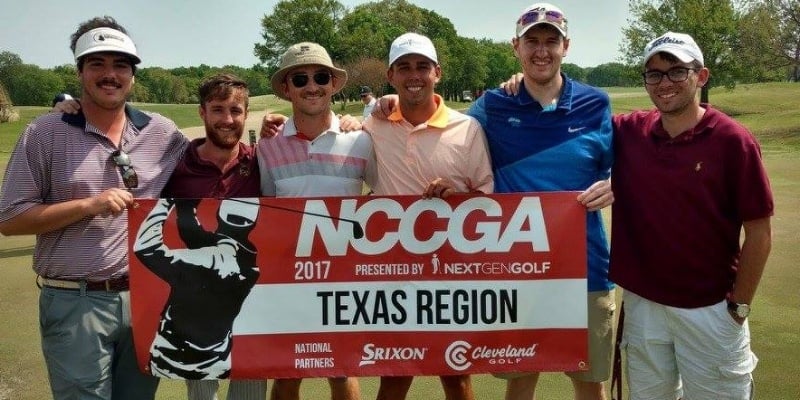 “Life’s a journey, not a destination.” For Tyler Ware and the Texas State-San Marcos club golf team, this season has certainly been a journey, culminating in the program's first bid as a team to the NCCGA National Championship.

The journey was a bit longer than that of regional champs Baylor, however, as the Bobcats had to wait for an elusive wildcard bid.

One of the biggest advantages the team will have entering the championship will be Ware. The defending national champion, Ware has won all five tournaments he's participated in since joining the NCCGA in the Fall of 2016. The experience of being in contention at the largest college golf tournament in the country is an advantage for Ware and the team.

The key to success for the Texas State team this semester?

“Honestly, we just started playing a lot of golf together and bonding as a team.” Ware said.

Given the two really tough golf courses that the Texas region played this semester, don’t count out the Texas State team to make some noise at their first Nationals as a team, and expect Ware to be in the mix for back-to-back individual championships as he continues his decorated club golf career.