Minnesota Club Golf Warms Up at the Right Time 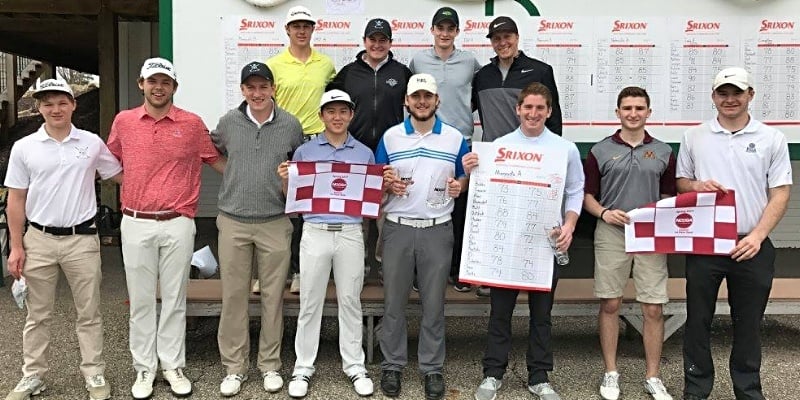 The journey for the University of Minneosta-Twin Cities club golf team has been one that President Matt Ostdiek has welcomed with open arms. From the cold winter and practicing indoors to the weekend of practicing before Nationals.

“When I took over this club a year ago it was mostly recreational and Nationals wasn’t really even on the radar." Ostdiek said. "I decided that I wanted the team to be competitive and all share the goal of making it to Nationals.”

After hearing about Bobby Frazzini and Alex Beversdorf’s experience in Disney last year for the Fall 2016 NCCGA National Championship (both qualified as individuals), Ostdiek decided that Nationals needed to be the team goal for this spring.

The NCCGA is always filled with teams that make you do a double-take when leaderboard watching. For a team in the Twin Cities region in the spring, conventional wisdom has always said that it is a lot tougher for northern, cold climate teams to do well in the spring. For Ostdiek however, the cold weather and going to school in Minnesota was in no way getting in the way of making it to Hot Springs.

The team practiced indoors and got prepared for the season the best they knew how. The result was two regional tournament victories by an average of 15.5 strokes, and dethroning the Iowa-Iowa State power duo that had previously run the region.

The challenges of the weather weren’t the only thing that was tough for the team, however. Funding is always a challenge for many club teams and unfortunately for Twin Cities, they are not immune to that problem.

“We would not be able to do what we are doing without the support of all that donated to the team. We wanted to thank everyone that did so, the team appreciates it tremendously.” said Ostdiek.

Ostdiek had great praise for the supporters of the team that helped them get to this point. He also mentioned how the team could not be more appreciative of not just the donors, but also NCCGA sponsors like Srixon and Cleveland Golf.