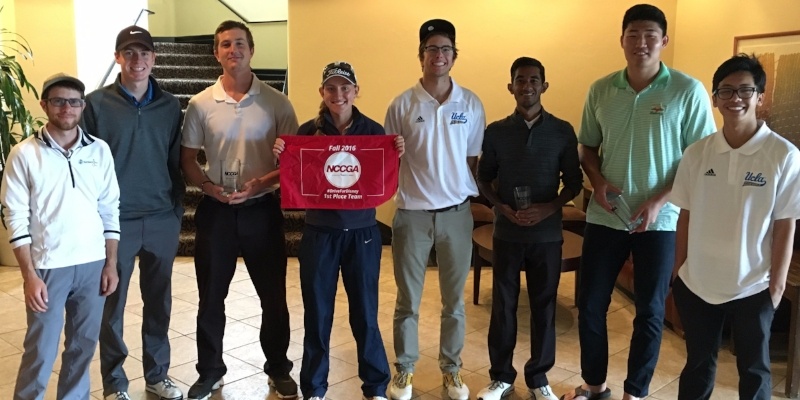 Playing varsity college golf can sometimes mean compromising on academics. After all, there's less time to dedicate to studying and lots of missed class time traveling to tournaments. As with many students that choose to play club golf over varsity, UCLA's Claire Malley chose academics but didn't want to give up on competitive golf.

The decision paid off this semester as Malley and the UCLA club team swept the Southwest Region and earn a spot in the NCCGA National Championship.

In the first tournament of the season at Los Robles Greens Golf Course, Malley shot 1-under for the weekend. That score featured an unbelievable second round 65 to win medalist honors.

Shooting a round in the mid 60's is something that college golfers typically can only dream about. For Malley, however, a 65 was only proving what she knew could be accomplished. After draining a long putt on Hole #1 for birdie, and a tricky downhill slider on the second, Malley knew that it could be her day.

“Honestly it’s still a bit surreal," Malley said on shooting 65. "I made two putts to start the round and I just knew it was my day...having 69 been my lowest to date, I knew that the 65 would be something really special.”

Malley was an accomplished junior golfer and high school standout, and was on track to play collegiate golf but took another route. Pursuing a Pre-Med degree from one of the top Biology programs at UCLA was something that came before golf.

“Still being able to compete is amazing. I like the fact that you can be competitive if you’d like but nobody takes themselves too seriously," Malley said on still playing golf in college. "Being able to compete with the guys is great as well. Growing up, I never got a chance to compete against the guys and see how my game stacks up."

Malley got that chance in the first regional and took medalist honors. She backed that up in the second regional with a 77-75 weekend, good enough for T-8. Malley goes into Nationals as the 49th ranked player in the NCCGA. Both accomplishments that she is looking to cap off with a high finish at Nationals.

Malley is looking ahead to nationals in Disney this weekend. Making it as part of a team means a lot to the UCLA squad and herself personally. UCLA tees it up with Baylor on the Palm course to kickoff Round 1.

Follow their round Here and stay updated on everything Nationals related!